Wordy Wednesday: “if they use these words, don’t buy their shares” 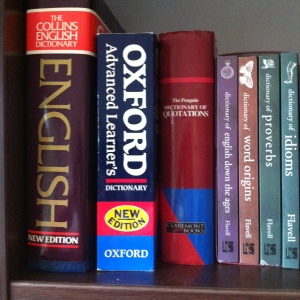 At school, maths geeks and word nerds are often to be found in opposing camps. However, financial analysts like Terry Smith, founder of Fundsmith.co.uk and chief executive of broker Tullett Prebon, and my partner, a technical analyst in a London/New York-based stockbroking firm, have a foot in both, and can recognise woolly words in copy as easily as they can spot a double top, a double bottom, a head and shoulders, a bullish engulfing pattern or a Prussian helmet* in a graph.

(*I’m assured that these are all legitimate financial patterns, rather than sexual peccadillos.)

If you’re a regular reader of ‘Wordy Wednesday’, you’ll already know that I believe woolly words or hyperbole to be like black holes in copy (see previous posts on solutions, iconic and naming). You may as well write ‘blah’… So it’s good to see them being taken as a sign of a deeper malaise within an organisation by business authorities such as Terry Smith.

In a recent article in the Daily Telegraph, Smith identified the correlation between the use of such language and poor financial performance, saying, “The straight talkers get our vote and our money.” Smith sees ‘banned word syndrome’ or BWS, as a hint that poor financial results are to be expected, warning investors to be wary of companies that use words and phrases which represent a combination of woolly thinking and a desire to disguise or divert attention from a problem.

He mentions the case of Wal-Mart using ‘leverage’ an astonishing 80 times in a recent results presentation. In the following instance, he believes that Wal-Mart should have said they copied, benefited or learnt from, rather than leveraged Asda’s experience: “Asda is a leader in online grocery delivery, and we’ve leveraged that experience in the US.” It’s no coincidence, he believes, that Wal-Mart used ‘BWS’ in a set of results which revealed falling sales.

As I’m working with a branded restaurant chain at the moment, and my client has replaced a characterful, gritty quote with an anodyne quote of her own invention, I was particularly struck by the Domino’s Pizza example quoted towards the end of the article:

“A classic example is Domino’s Pizza, which began a turnaround in 2009 by publishing harsh criticism from its customers such as “Pizza was cardboard”. You only do that if you intend to change. Since then, shares have risen from $8.50 to $68. It has been one of our largest holdings since the inception of the fund.”

Authentic language such as this grabs attention and has a ring of truth that makes it much more powerful than bland corporate speak.

Something amiss? Listen to this...

Flexible workspace for small businesses to rent in Aller, Somerset

Fit For The Future

meraki: the soul, creativity or love placed in something, the essence of yourself in your work

Fran, Gareth and friends explore the world on Hal, our 35ft yacht

Just me. Being me.

Things I think about while I drive to work

Selling discount truths at an exorbitant price! (Wrap your mind around that one)

CuriousAbout: Korea
Mike and the Marathon

adventures in language and life

Stuff I think about...